I'm not sure why, but here is Tom Brady throwing some babies. 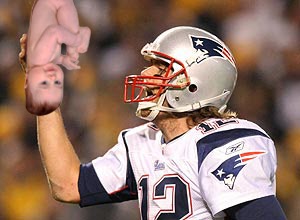 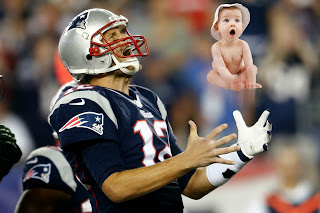 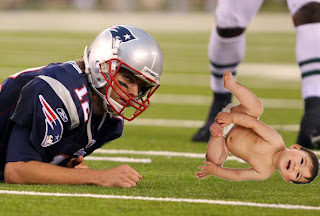 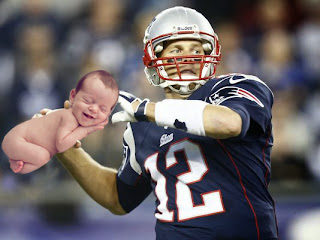 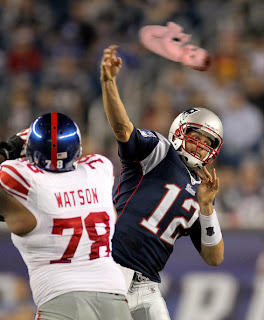 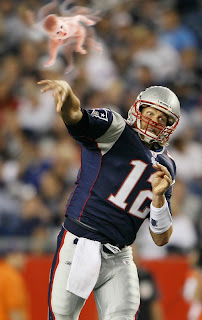 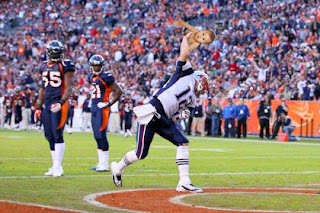 The Broncos are appalled at Brady spiking a baby 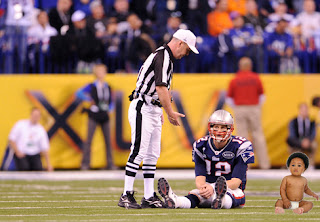 Posted by Gentleman's Beard at 6:15 AM 0 comments

How to confuse yourself in just 4 short years

Step 1: Create a web comic
Step 2: Draw the web comic every monday, wednesday, friday for over 4 years
Step 3: Watch all other web comics become successful while yours relatively fails.
Step 4: Lose motivation and stop posting comics on a regular basis
Step 5: Watch traffic to the comic almost double in the months you're not posting regularly.
Step 6: Sit in confusion while looking at your analytics trying to figure out why your comic is more popular when you post sporadically instead of on a schedule.


Don't get me wrong. We're not talking huge numbers here people. We're talking an increase of about 20 page hits a day to 40, but still. it's been at about 20 a day for the last 4.5 years. I stop posting regularly and within a month the number of views doubles. It doesn't make sense.

"YES!" I say. "TELL YOUR DAMN FRIENDS TO TELL THEIR FRIENDS AND MAKE THIS COMIC POPULAR!"
Posted by Gentleman's Beard at 1:18 PM 0 comments

So i just went to pay a medical bill and the rotating photos on the webpage were comical enough (at least to me) for me to make fun of them here. So here goes: 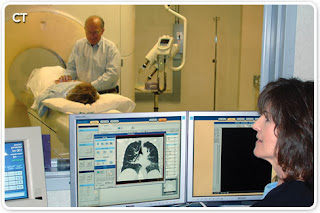 The guy smiling before jamming this lady in a tube is one thing, but where the hell is the tech by the computers looking? did a bird fly by just off camera right when the picture was taken? 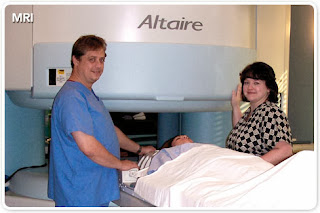 Hey guys, before you put her in there, can i get a quick pic? Yes i realize she's probably dying that's why you just just let me take the pic already. great. now how about another one where you guys look like you're doing something. Nancy, rest your hand unnaturally on the machine, Rob, pretend to be locking her head in while not looking. 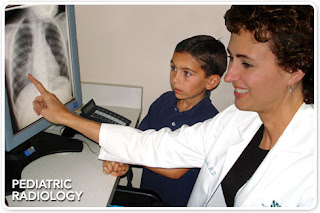 Another example of a bird flying by just off camera. She's clearly pointing out to the horrified kid that it is in fact a tumor and not a smudge, but just can't keep her eyes off that crazy duck hanging out just off camera. WHAT'S THAT DUCK DOING??? 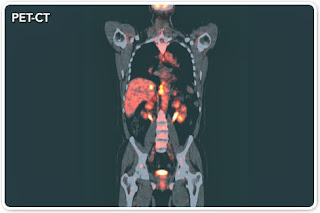 This is what mountain dew code red looks like inside your body as it works its way out your poop chute. 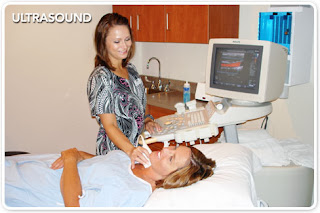 "I'm having a lot of fun sonograming your neck!"
'i'm also having a good time, but it kind of hurts to smile'
"yeah, that's cystic hygroma, for ya."

The status of gentlemans beard monthly

So when I first started this comic, I was doing it solely for me. It was a way to get the ridiculous shit that's in my head, out of my head. Then it gained a little momentum (emphasis on little) so I started drawing slightly better quality comics and put more effort into them.

I've always made a point of trying to never miss a post. I haven't always succeeded, but I've always tried.

November will be the 4th year of this comic. Yeah. I almost shit myself as well.  4 years, roughly 600 of my stupid ideas turned into comics. So sometime during that 4 years, the comic changed from something I did in my spare time and had fun doing, to something that became a regular part of my daily schedule, like a job. It also became less fun because my decreasing lack of spare time meant I had less and less time to draw, and I feel the quality of my comics suffered from that. They also suffered from a lack of motivation as I didn't feel like spending the only hour a week I wasn't working on something to draw the comic.

The other thing is, once something morphs into something that feels like work, you start to expect equivalent results from your work. Don't get me wrong, the fans I have (you) are quite dedicated fans. The problem is, there are about 12 of you. At this point, I'm merely an improv comic performing in the garage at a house party.

I've watched countless other web comics start up around me that have become wildly successful in a very short amount of time. I feel my jokes are pretty much on par with most of them. My drawing is obviously not top notch. They're stick figures, sometimes well hung stick figures.. But there are plenty of comics out there that are actually lower quality than mine that are at a popularity level that I wouldn't meet for another 10 years.

People have made comments to me telling me I could sell comic merch though my site and my internal response has always been a wild laugh. I picture a lemonade stand that makes a pretty decent cup of lemonade, except the stand is in someones fenced in back yard and only a few neighbors know it is there. Having things to sell isn't the issue. it's having people to sell the things to.

I've been struggling the last few months to find the motivation to keep working on this comic. I've hit some weird wall where no matter what I do, I can't seem to gain any traction at all at getting recognition. I've been struggling to find a way to make the comic fun again.

I don't want to stop drawing the comic. That's not what this message is. I still have complete nonsense flowing through my brain at all times and I do still enjoy putting it to digital ink to some extent. Being 4 years in, becoming popular to any extent doesn't seem to be something that's ever going to happen, so I've decided to stop giving a shit about anyone other than you 12 ever seeing my comic and from now on i'm going to draw just for you. YAY!.....

But, that doesn't change the fact that it still feels like work. So in order to get enjoyment out of my work again, I'm not longer going to be keeping a strict update schedule. I will try to update the comic as much as possible, but from now on I will only be drawing and posting when I feel like it. This will make me happier and it will also increase the quality of the comics as I'll have as much damn time as I want to draw a comic and make sure it's exactly how I envisioned for you.
Posted by Gentleman's Beard at 7:45 AM 1 comments

Inefficiency at it's finest

Today, a co-worker called me to tell me she was going to send me an email, which is the most inefficient thing I can think of.

Other than this fake exaggeration of the true story above:

Her: Hey Jason. Did you get the carrier pigeon i sent you?

Me: you mean the one telling me you were going to call me?

Her: yup! cool. So i'm going to mail you a letter. It should be there in about 3 days

[3 days later]
Dear Jason,
I am writing you to tell you that I am going to send you an email. Once I have sent the email, I will call you to confirm.
Sincerely,
Inefficient Co-Worker
Posted by Gentleman's Beard at 6:58 AM 0 comments

This is part 1 of a new series I have created where I write letters to former world leaders (alive or dead) to discuss things that bother me or are just interesting.

I write to you to discuss the ending to the movie "The Postman". Are we really supposed to believe that a man posing as a postman was able to save an entire society on the brink of extinction simply by pretending to deliver mail? To start with, he once belonged to a group of people hell bent on striking fear into the rest of the world. His intentions for the mail truck were not warm hearted. He was literally burning peoples memories to stay warm, then got the idea to con the shit out of other people for food.

Now, it's no mystery that Mr.Costner has a tendency to create down on their luck characters that use and abuse the people around him to help himself, but end up saving entire civilizations. (Examples: The Postman, Water World, The bodyguard, Bull Durham) but are we really supposed to look to him as a hero?

No sir, we are not. At least I am not. Websters dictionary defines a hero as a long bread sandwich with several layers of meat, cheese, and veggies. Neither Mr. Costner or his characters are even close to a hero.

But we really must discuss the elephant in the room about the ending of the Postman. The statue of the little boy giving him a letter was entirely too accurate. Let's not forget that society is almost down to nothing. Did someone snap a picture of this event? NO! The only people there to see it were the postman, the little boy, and probably the kid's mom who was 200ft away and looking at it from a different angle. How could she know the expression on either of their faces? How is the statue SO ACCURATELY MADE from memory 30 years later? This is just not something I can accept and I hope you also do not accept this. For Shame Mr. Costner.

P.S.- Do you think Tom Petty was fun to work with on set? I bet he was.
Posted by Gentleman's Beard at 8:41 AM 0 comments

this is a conversation i heard from the company next to mine (about 2 cubes away) while the guy in my building attempted to troubleshoot a microphone issue over the phone:

I have absolutely nothing to accomplish today that will top that actual support call.
Posted by Gentleman's Beard at 8:45 AM 1 comments